The Litany in Arts and Cultures

The articles in this book encompass a broad historical panorama and consider the presence of litanic prayers and songs in different religions, beginning with written records in the Egyptian, Sumerian and Hebrew languages and finishing with Christian works from diverse denominations. The research presents the litany as an exceptionally long-lasting genre which for several thousand years existed in the Middle-Eastern and European traditions, easily conforming to changes in religious or historical circumstances. An interdisciplinary approach by scholars representing different fields of study, including the history of liturgy, Egyptology, Assyriology, literary studies, musicology and ethnosemiotics, allows the eclectic character of litanies to be revealed, litanies which not only were a form of church prayer but also had an impact on the organization of social rituals as well as being appropriated by all the major fields of art, poetry, the fine arts and music. The musicological articles in the book address the performance of Sumerian prayers, the liturgical songs of the Middle Ages, litanies in Tudor England and polyphonic works of the great composers, such as Wolfgang Amadeus Mozart.

A description of the book on the publisher’s website 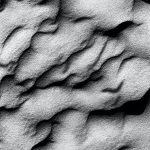 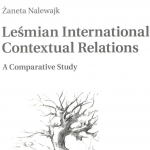